Brumley Construction is a privately held company that specializes in general contracting and structural carpentry.

Based out of Whitby, Ontario, Brumley Construction employs 6 full-time employees and has recently added an architect technician to its staff for design services.

Brumley Construction is led by its founder and owner, Jason Brumley. As a certified red seal carpenter, Jason Brumley began his career in the construction industry working for the large scale forming companies Avenue Construction and CanForm Structures. His on-the-job experience with these companies included such expansive projects as the National Ballet School, the rebuild of Terminal 1 at Pearson airport, Brampton Civic Hospital, Western General Hospital, Durham College and the internationally renowned private Stewart Residence in the Rosedale neighbourhood of Toronto.In 2005, Brumley struck out on his own and found a niche in high end additions and renovations where there was a requirement for highly technical structural carpentry and forming expertise. These specialized demands lead to many residential projects in the High Park and Kingsway neighbourhoods on the West side of Toronto.

A residential project of Brumley Construction’s was showcased on The Marilyn Denis Show and in Style at Home magazine.  The same property was also included in the 2013 Whitby Station Gallery’s Annual Christmas House Tour as well as the 2016 Doors Open Event in support of the Ontario Heritage Trust.

In recent years, Brumley Construction has concentrated on commercial and residential projects located on the east end of Toronto. These projects include a customized industrial installation for the Trans Canada Corporation, a shopping mall in Oshawa, Ontario and the renovation and installation of 500,000 square feet of racked warehouse storage space.This past year’s project for Brumley Construction was the construction of an 18,000 square foot, 2 story office building in Pickering, ON.  The resulting office building is a modern, open concept space with high end finishing’s, glass curtain walls, a complete gym and a grand staircase leading from the lobby entranceway.

We have been operating since 2005.We have worked on many projects since then generally doing 5-6 per year. Benefits of our company: 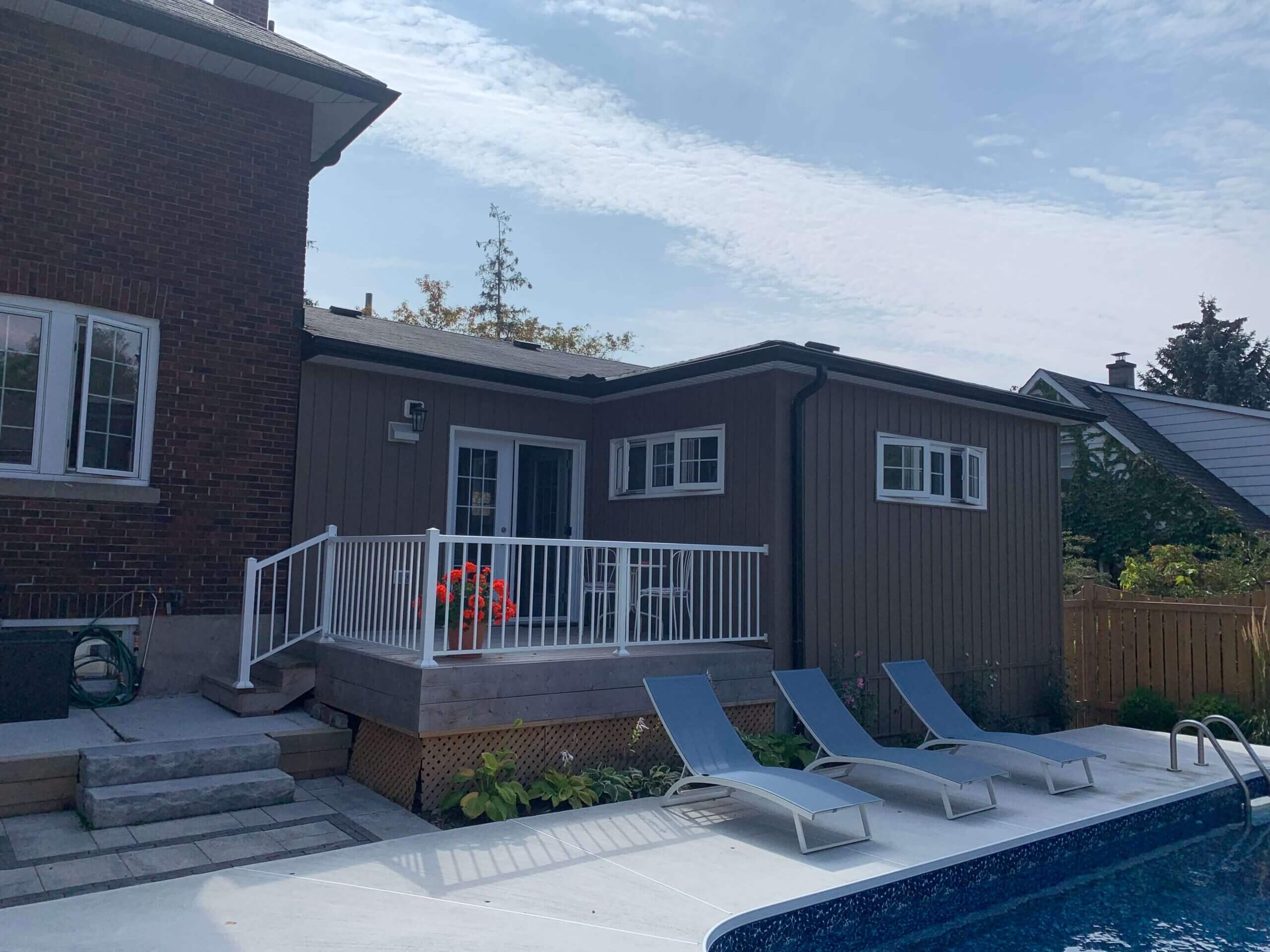